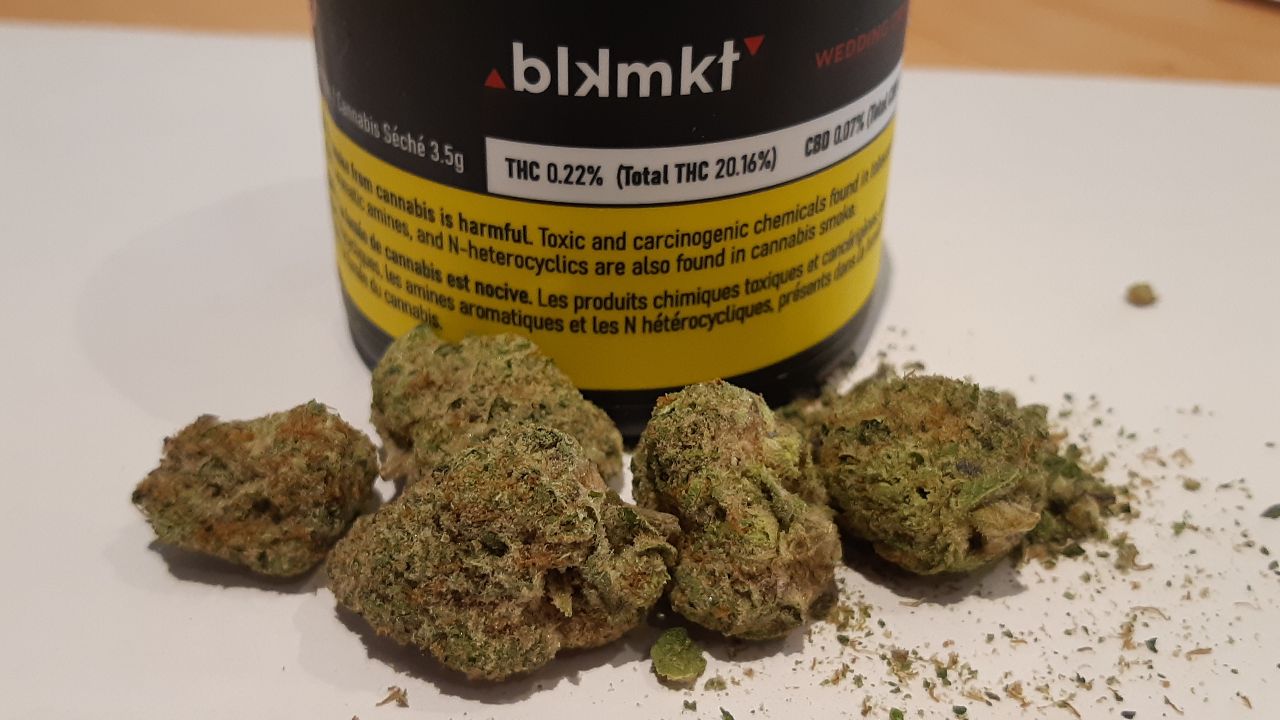 Even though I've actually given it a lower tree count, I like Wedding Crasher more based on aroma alone.

The buds were just as dry as the Cherry Punch, but thankfully the aroma of Wedding Crasher was more pronounced. 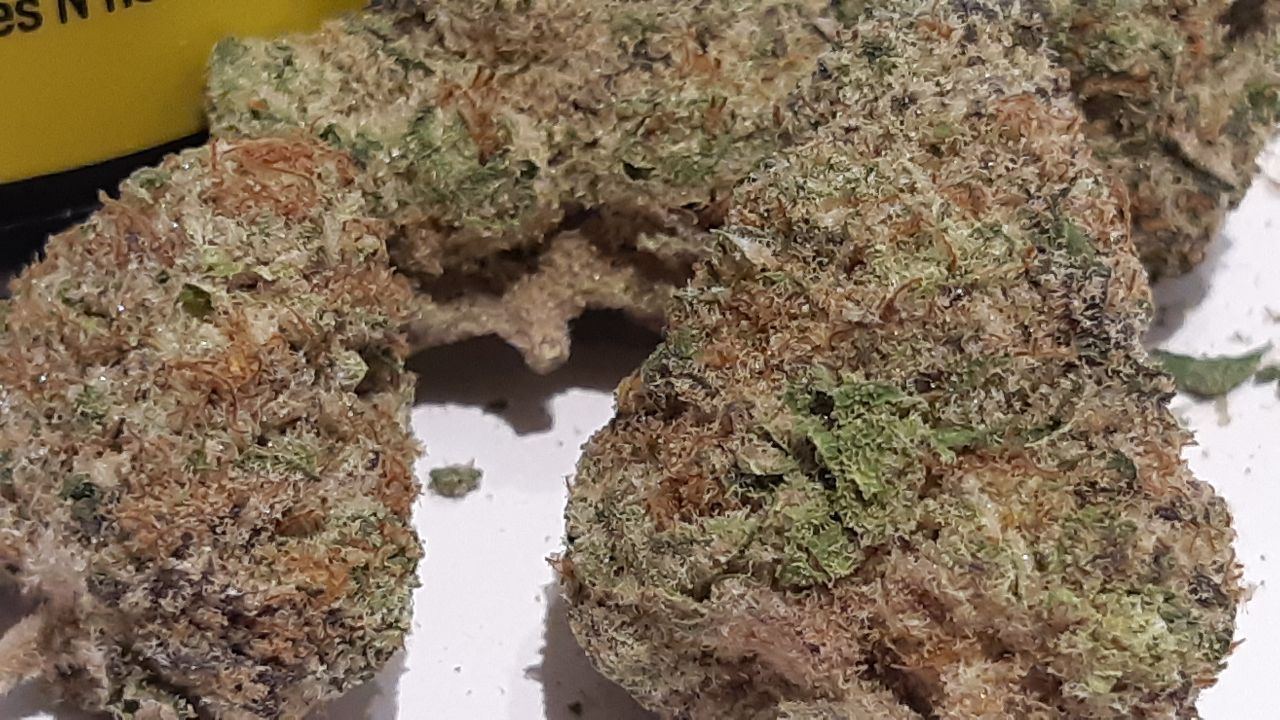 These flowers offer a really unique fruity scent that smells like peaches.

I'm not entirely sure I've ever sampled another product with such a distinct peach scent quite like wedding Crasher.

Unfortunately, the aroma didn't translate into much flavour, which could only be described as “pretty harsh on the throat”. I'd describe it as metallic fruit... 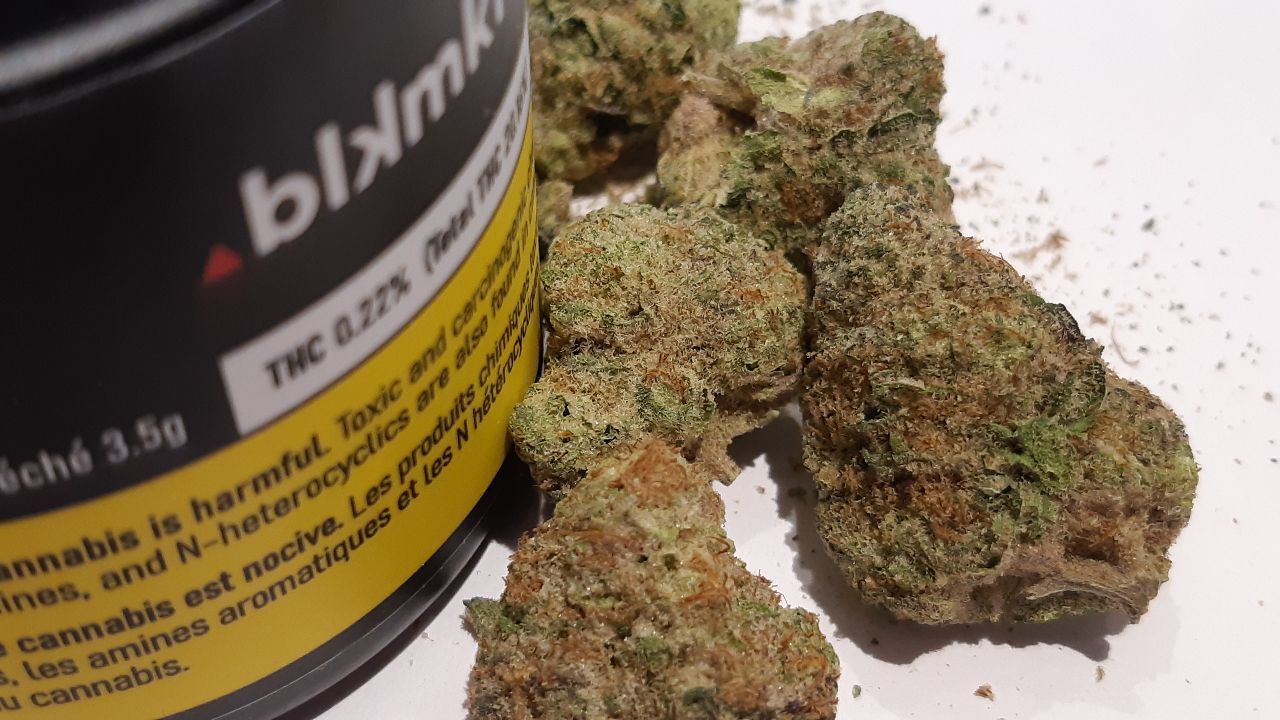 Despite the metal, my grinder smelled like peaches for quite a while after I had ground the Wedding Crasher which was pleasant and because it's super dry it leaves a nice crusting of kief to scrape out later.

So, that's about the last good thing I can say about this BLKMRKT product because I found seeds and holes where seed used to be spread throughout these flowers, which is rather disappointing considering this is marketed as an “ultra-premium” product. 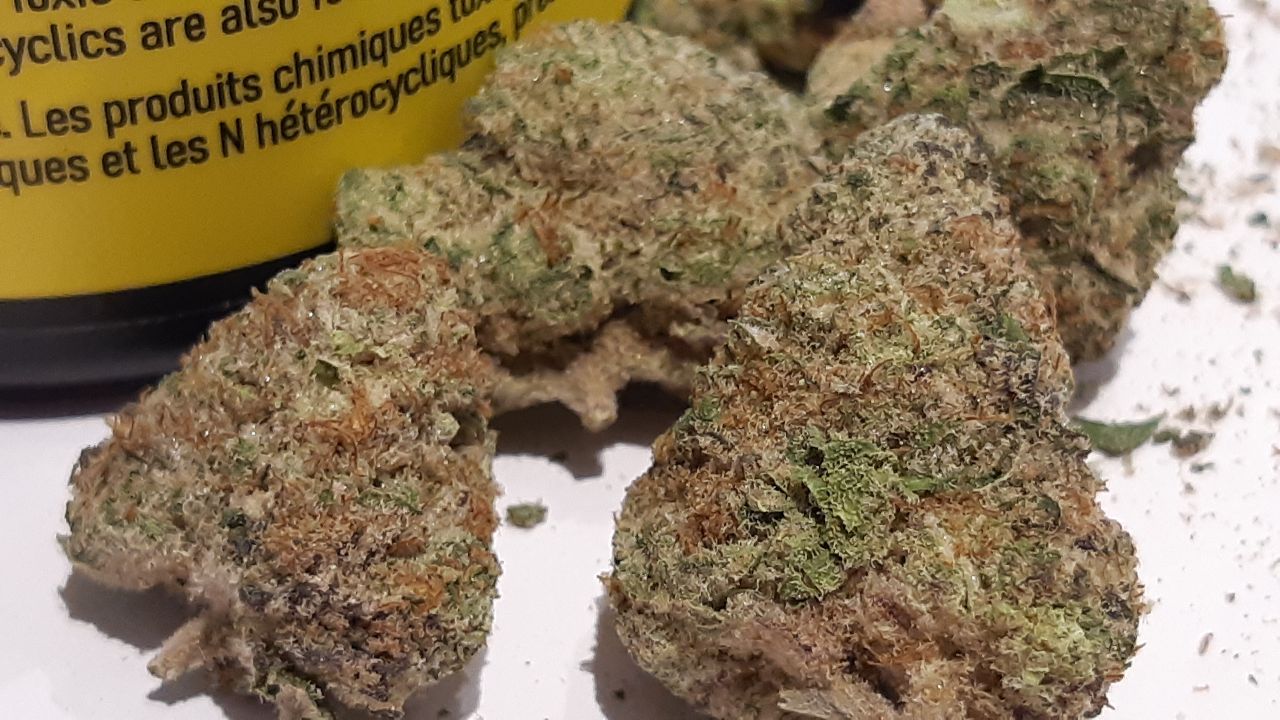 “Ultra-Premium” products simply cannot contain seeds, ever— there is no truer truth than this. I noticed one bud had a still seed sticking out of it. Yikes.

I can only assume they were hoping nobody was going to notice their buds look like volcanic rocks... 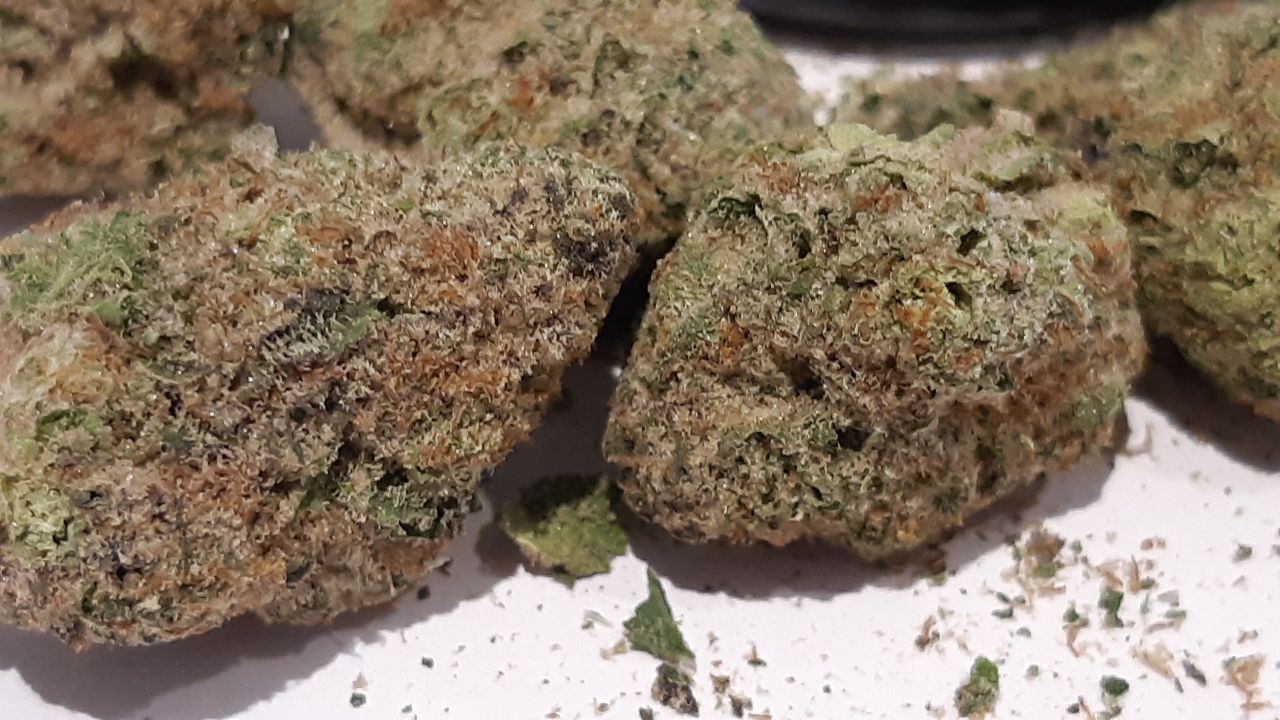 Overall, I thought the flower and the effects were okay, but the dryness and seeds really throw me off. BLKMRKT is heading in the right direction, but have quite a ways to go if it wants to establish itself as an ultra-premium brand.